In my creative writing class I've been working on pieces of work, which I submit to the class for review. Out of my last few writings, this one I did about a Grandfather Clock stood out for me. It's always enjoyable writing in the a voice of a man-made object. Giving it some kind of heart, soul and feelings.


THE GRANDFATHER CLOCK By Nathan Toulane 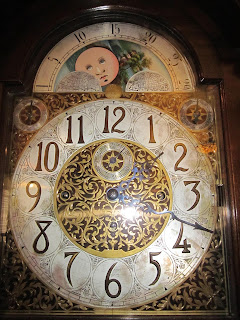